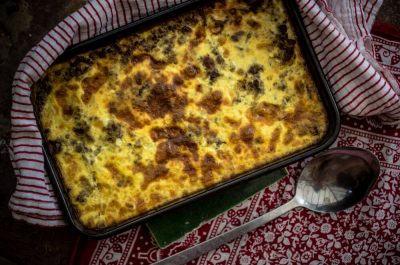 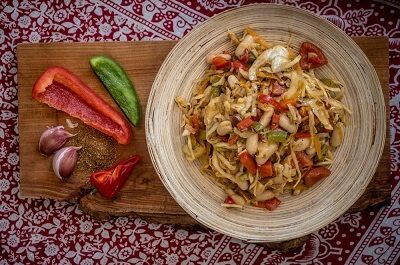 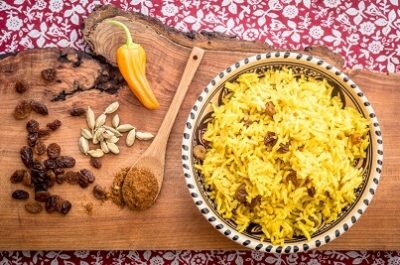 South Africa - quite literally the southern tip of continental Africa - has a lot to offer when it comes to culture, arts and history. But how about the food? South African recipes are some of the best around and, in our opinion, they’re very underrated.

South African food recipes are a brilliant, fascinating combination of various different cookery practices that tells the tale of the country itself. On one hand, you have the indigenous people of Africa who used a wide range of foods such as fruits, bulbs, nuts and leaves that were gathered from the bush, as well as fresh game meats. On the other, the colonial period ushered in several waves of immigration that all brought with them European culinary influences from Britain, The Netherlands, Germany and France. Their accompanying slaves and servants also brought Indo-Asian practices for good measure.

Naturally, we couldn’t resist putting a few of our favourite South African recipes together for you.

The perfect summary of South African cuisine lies in its national dish, Bobotie. It’s another classic on the list of South African food recipes. Essentially, it’s spicy, minced meat baked with an egg-based topping. Not dissimilar to moussaka, it’s absolutely delicious. Following the recipe and using our Malay curry powder (cinnamon, cayenne, coriander seed, turmeric, clove buds, galangal, cumin and cardamom) and ground bay leaves, you can create this one in your own kitchen.

The origins of the dish are not entirely clear with some claims that it stems from the Malayan word ‘boemboe’, meaning ‘curry spices’. Others think it originated from ‘bobotok’, an Indonesian dish which consisted of totally different ingredients. Just to add further confusion, a very similar dish was documented by the ancient Roman writer Apicius and the dish was also acknowledged in Europe during the 17th century (in a 1609 Dutch cookbook). So, who really knows?!

Don’t forget to serve it with the mouth-wateringly fragrant yellow rice. Again, this one comes from the great culinary tradition of the Cape Malays - originally brought in by slaves in the 17th century. It’s the perfect compliment to Bobotie and many other warm, meaty South African recipes.

Next up - there’s the brilliantly named Chakalaka. One of the most well known South African food recipes, Chakalaka is a (very) spicy vegetable dish - one that’s as tasty as it is fun to say out loud. It’s thought that the dish may have originated on the gold mines surrounding Johannesburg. Mozambican workers came out of the mines and cooked up their tinned tomatoes and beans with chili, thus producing the spicy relish. We’ve actually created a South African spice mix (fennel seeds, cumin seed, coriander seed, cinnamon, cardamom) that work really well for this dish.

So, now that you’re familiar with some of the best South African food recipes out there, why not click the links and have a go yourself?