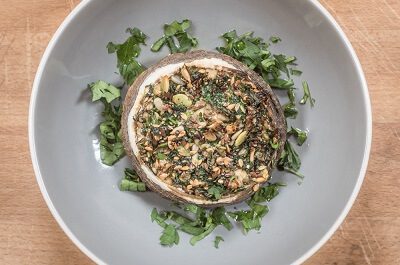 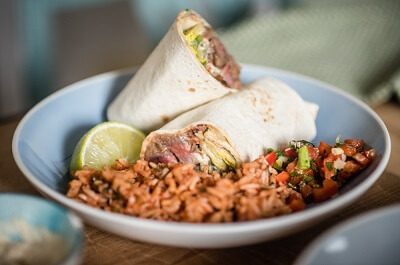 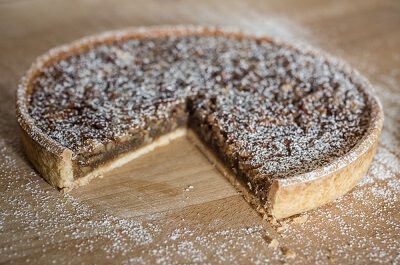 This is no surprise when you take into account the fact that Texas is the second largest US state (after Alaska) and its position just above Mexico. Indeed, it’s Mexico that has had one of the most profound influences on many Texas recipes, including our mouth-watering beef burrito with mexican rice and chipotle soured cream.

This dish is a classic product of the Tex-Mex style of cooking where the traditional methods of Northeastern Mexican cuisine (the heavy use of beef and extremely hot peppers) has been combined with American additions of sides including beans, rice and tortilla wraps. Mexican American cooks - the Tejano people (Texans of Mexican descent) - soon realised that their American customers wanted a full plate, rather than lots of small, individual serving that was so often seen across the border.

As America entered the 20th century, goods such as cheddar, jack and pimento cheese became much cheaper and much more readily available, so Tex-Mex evolved and took these on board too. Furthermore, there has always been a ranching culture throughout South Texas that spills over the border into Northern Mexico. Within this culture, beef, grilled foods and tortillas have always been common and very popular. Naturally then, these beef burritos have proven to be a staple and firm favourite when it comes to Texas food recipes.

Have you tried our delicious blue cheese-stuffed mushrooms yet? They make great use of our five seed mix (golden & brown linseeds, sunflower seeds, pumpkin seeds, chia seeds). This one is a nice and easy 3-step recipe and if you’ve ever been to Texas, you’ll know how much of a big hit and feature they are throughout Texas food recipes. This is thanks to the fact that pretty much every known edible mushroom will, at some point in the year, grow here in Texas. Some of the most popular used in Texas recipes include oyster mushrooms, morel mushrooms and chanterelle mushrooms. Delicious.

If we’re talking about the classics of Texas recipes then we can’t go without mentioning the pecan pie. This pie is a staple desert of the ‘deep south’ cuisine, making use of the native pecans that have always grown here. Archaeological studies have concluded that Native Americans in Texas were using pecans as long as 8,000 years ago.