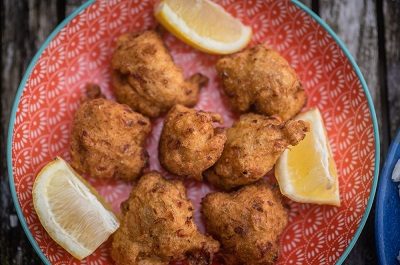 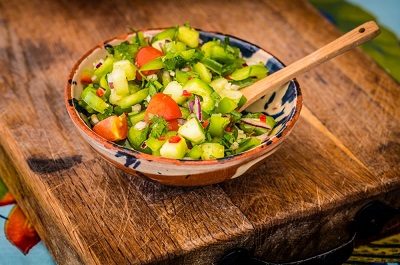 Jamaican recipes are some of the best in the world. The cuisine is a unique blend of local takes on international classics, as well as brand new creations. From all over the world, different cooking techniques and ideas have come to the island and, with a wide variety of tropical fruit, seafood and meat all available, it’s a must-try.

So, what’s stopping you from getting stuck into our Jamaican food recipes below? We’ve put a few of our very favourites together, using some of our finest spice mixes.

First up, we’ve got delicious, crispy accras. Accras are a go-to when it comes to Jamaican recipes. They’re basically Caribbean fritters, often made with fresh fish that has been cured in salt and dried until every ounce of moisture has been drawn from it. In this case, we’re recommending using cod or crab meat. You’ll also be making use of our Caribbean Adobo Spice Rub - a wonderfully warming mix with salty, earthy notes. Usually, adobo is used for marinades, as well as often being the base flavour for stews, soups, sauces, beans and other similar Jamaican recipes. However, it works well here for the fritters!

Next up, no list of Jamaican food recipes is going to be complete without some Jerk cooking. This native style of cooking is notorious around the world and synonymous with Jamaican cuisine. The meat is cooked directly on the fresh, green wood of the Pimento (allspice) tree over a smoking pit. Meanwhile, on top, sheets of metal press down and ensure that the smoke permeates deep inside your choice of meat.

But how did this all come about? Well, when the British invaded Jamaica in 1655, the Spanish colonists fled. A large number of African slaves were left behind and, rather sensibly, instead of being re-enslaved by the British, they opted to escape into some of the island's mountainous regions.

Up here in the mountains, the escaped slaves mingled with the Tainos - an indigenous Caribbean population. It was the Tainos who then taught the escaped slaves (the first Jamaican Maroons) the practice of jerk cooking. They hunted wild hog which was the perfect meat for this practice. Using the herbs and spices found naturally growing on the island (including the infamous Scotch bonnet pepper), the jerk marinade and seasoning was then slowly developed over the centuries.

Speaking of spices, for our recipe you will be bringing your chicken to life with tangy, charred pineapple and our Caribbean Jerk Rub pot. It’s mind-blowing in flavour with subtle, herbal notes of thyme marrying powerful flavours of onion, sea salt, allspice, cayenne, nutmeg and clove.

There’s also our delicious, beautifully simple Salsa recipe. It works really well served alongside the jerk chicken and should take a little bit of the heat out, should you need the option!

Of course, all these recipes make use of our spice mixes. We take our job incredibly seriously here at The Spice Pioneer. We work hard to source you the world’s finest herbs and spices because we believe that high quality means better taste. So only the most premium ingredients make it into our spice mixes. At our headquarters on the Wirral, the spice mixes for these Jamaican food recipes are roasted and blended by hand in small batches to ensure those high standards are met.